- December 14, 2020
Alex Gittings – graduated from Birmingham City University after studying computer networking courses provided by Cisco Networking Academy. Also gaining industry experience having completed a prosperous placement at Cisco’s internship program. He had experienced a pretty standard education path – from High School, then Sixth Form to University. A few years on and now he is a full-time Professional Services Consultant at Axians UK. His role consists of being a trusted advisor for customers with automation requirements, operating alongside pre-sales to identify customers’ needs and delivering technical advice, working with big enterprise accounts such as BT, to assist with network migration, conducting multiple network automation projects and so much more.
So, how did Alex get to where he is today?

IT Education of The Past

During his years completing A Levels at Cheslyn Hay High School’s Sixth Form, he had picked three subjects: IT, Media and PE (Physical Education counted as two A Levels). Alex’s interests were heavily focused on IT, however what was being taught in IT for A Levels was, in his opinion, “a primitive version of IT”, as there was not an option to learn Programming and Computer Science. It was more of being taught the basics of how to use spreadsheets, simple databases and creating static HTML pages. So, as an extracurricular activity, he met with the Network Infrastructure Manager at the School’s IT Department. Alex and his friend, Jamie, would work with the IT department and do various tasks throughout lunch times and after school. During this time, together they both completed a Microsoft Certified Professional Certification. Seeing this, it influenced the IT teachers to get involved and provide funding towards Raspberry Pi devices, which allowed them to teach usage of these devices to other keen students during their lunch periods.

Although Alex’s interests lied in IT, he was more proficient at PE. So, when he applied to Universities, he selected many PE courses like Sports Science and Physiotherapy as potential options. However, he started weighing the options to also apply for IT courses, specifically in computer networks, as he felt his experience as a PC Gamer hosting LAN parties could be leveraged and enhanced. This pushed Alex to apply for a few Universities with computer networking courses, and he ended up selecting Birmingham City University for several reasons, including its close affiliation with Cisco Networking.

Alex’s time at BCU had opened many pathways. He was in good communications with the staff there, especially with Ron Austin, a lecturer at the University. He completed computer networking certifications such as CCENT, CCNA and CCNP, some of which were achieved through the Cisco NetAcad platform. He was also one of four students accepted for an internship role at Cisco with the Solutions Validation Services team. During the internship, he learned many things like virtualisation, automation, ACI, large service provider, testing and much more. Furthermore, this enabled him to work part-time at Cisco for the same team remotely as a PHP developer. For his dissertation he compared Open-Source Automation (Ansible) to Closed Source Automation (NSO). To this day it is highly regarded as it was first of its genre for automation and service delivery automation.

From the experiences Alex had gained through BCU, his internship and job role at Cisco, he applied and successfully was accepted for a Professional Services Consultant role within Axians UK, the ICT brand for Vinci Energies. He realised that what he had learned previously is very relevant and applicable to the role that he is performing currently within the company, from testing, network automation to designing networks.

Alex was and still is passionate about computer networks and network automation. He followed pathways that aligned closely with his passion and throughout this journey he never gave up until he accomplished his aim. Looking towards some future goals, he would like to teach, to impart his skills and knowledge gained, and also pursue a pilot’s license. Alex is an inspiration. We thank him for sharing his journey with us and we wish him the very best for his future endeavours.

To learn about the courses and academies featured in this blog, please visit: 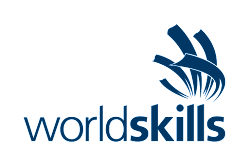 In November 2020, WorldSkills celebrated 70 years of its existence and the impact it has had on “millions of young people, empowering communities and fuelling economies” [1] . They have built a movement that now reaches two-thirds of the world’s population, combining the strengths of 85 member organisations. It was formerly known as the International Vocation Training Organisation (IVTO), founded in Spain during the 1940s, initially holding national competitions that encouraged young men to learn a trade through various challenges presented to them and by winning resulted in monetary prizes. This was a pre-emptive move by the ruler at the time, as it was predicted that a skilled workforce will be required to help provide nation-wide economic development after the effects Second World War. This competition was further expanded internationally in 1950 to Spain’s neighbouring country Portugal. Then in 1953, general invites from Spain brought in addition to Portugal; Germany, United Kingdo
Read more