The Skills Toolkit: one month on

- June 02, 2020
Since its launch on 28th April 2020, roughly a month ago, The Skills Toolkit brought thousands of participants to the Cisco Networking Academy Programming Essentials in Python course.
Today, the Government added a few new courses, one of which being the Discovering Computer Networks: hands on in the Open Networking Lab. Developed by The Open University with Cisco's support, and funded by Ufi charitable trust, it's a great starting point to learn about networking.
Visit https://bit.ly/2zIBXSh to learn more about this exciting course.

Cisco UK & Ireland are pleased to be able to support the UK Government led The Skills Toolkit initiative, for furloughed workers during the Covid19 lockdown. The Programming Essentials in Python course is being offered, alongside courses from other providers. If this applies to you, your colleagues or employees, please visit gov.uk/theskillstoolkit to learn more about the initiative.
Read more 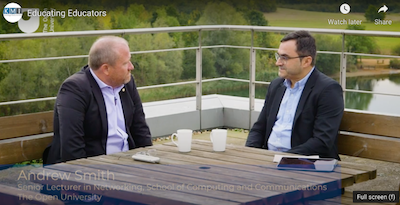